Keep up with
the News

Come along and join us at one of our upcoming FREE MiniRoos Come & Try sessions at Tuggeranong United Football Club on Saturday 10 December! ⚽

Kai is a key member of the TUFC U14 (and now U16) CPLB team. He began playing with TUFC MiniRoos and has developed into an outstanding player. This award is presented to the Player of The Year, as voted by all the competitions' coaches, which confirms our unwavering belief in both Kai and player development at Tuggeranong United.

If you'd like to check out mini roos for yourself, register for the mini roos come and try day run through Tuggeranong United. 👉 www.playfootball.com.au/miniroos/comeandtry

Well done Kai Such a great story when kids transition from mini Roos through to junior/senior players. Awesome Tuggies ⚽️👊

Don't forget to grab your copy of The Canberra Times to see our mini roos on the front cover!

Come along and join us at one of our FREE upcoming MiniRoos Come & Try sessions at Tuggeranong United Football Club on Saturday 10 December! ⚽

Huge shout out to Harrison Buesnel for signing with the Wollongong Wolves. Harro played his whole career with TUFC and we couldn't be prouder of his achievements. Good luck Harro!MEDIA RELEASE

Wollongong Wolves Football Club is excited to announce the new signings of Harrison Buesnel and Alex Masciovecchio for the 2023 season.
Coach David Carney has made his intentions clear for next season by signing another two youngsters. The new look squad is taking shape which sees a good mix of youth and experience and sure to add speed, agility and skill to the team.
Masciovecchio, a 21 year old attacking midfielder, was a former Unanderra Hearts and Wolves junior in his younger days. After stints with Sydney FC and Rockdale, the exciting midfielder headed to Europe to play his football. Due to the COVID-19 pandemic, he was forced to head back home and signed for NPL1 club Sutherland.

“I feel as though now is the right time to come back to the Wolves. I'm also looking forward to learning a lot off Carney and Brosque who have a huge amount of experience. I was very successful as a young boy here and hopefully that can carry over as a senior" Masciovecchio concluded.

Buesnel, a 19 year old centre back, had a successful season in the NPL in the ACT last season, winning the league with Tuggeranong United. He also recently returned from a trial with A-League club Melbourne City.

The centre-back said he was incredibly excited to be joining a big club like the Wolves and very keen to learn and develop his game under Carney. “Carney has got a big reputation obviously playing for Australia. So, it's pretty exciting having a coach like that. Hopefully I can learn a lot from him and his experiences” Buesnel said.

Coach David Carney said he was extremely happy to secure the services of Buesnel and Masciovecchio. "Both Harrison and Alex are both very skilful and quick players. They will fill key positions in our squad next year and both are very exciting players which will no doubt put bums on seats” Carney said.

“I am very happy to have these boys onboard for next season. They are young but have plenty of experience which will only benefit the team” Carney concluded. ... See MoreSee Less

Congratulation Harrison Buesnel . I hope you enjoy every minute of it and I will be watching your continued development. Stan

What a fantastic bit of news and I believe this to be a stepping stone to more announcements. Congratulations Harro - well deserved and on to better things 👍👍👍👏👏👏

Come along to join us for a MiniRoos Come and Try session run by Football Australia and hosted by Tuggeranong United on Saturday 10th December.

TUFC Girls U14’s and U15’s are looking for goalkeepers for the 2023 premier league season.

If you have goalkeeping experience or good hands and reflexes, with energy and tenacity (and you were born in 2008 or later) we would like to hear from you.

Perhaps your family is with TUFC or you are looking to get your sister or daughter into football. With the investments we make in specialist training and support this could be a wonderful opportunity for you. We also provide additional support for keepers with registration and mentoring so you would be well looked after.

Please register your interest at secretary@tufc.org.au or contact Scott Gregson on 0404 239 995 and we can answer your questions or organise a trial time to suit you.
Capital Football - Official
#wnpl #goalkeeperlife #goalkeeper #goalkeeping ... See MoreSee Less

A huge thank you to all the players who attended the CPLB 16s and 18s trials. It was great to see so many new faces in our community. The 16s and 18s teams have now been finalized and letters of offer are being sent out.

At TUFC we believe that the referee is the heart of the game. You may have the best players and the best coach, but without a referee (official or volunteer) you don't have a game at all. For this reason, we'd like to highlight some of Canberra's referees and continue to develop a culture of respect in our club and community.

Meet Megan, a player and referee.

⚽️How long have you been a referee?
I have been a ref for just over 3 years

⚽️What do you love about it?
I love being able to help young kids learn the rules and have fun. I also love the challenge of reffing the higher levels and pushing myself.

⚽️What advice would you give for other kids who are thinking about becoming a referee?
You have your bad games but there is always more ups than down.

⚽️What would you like the players, coaches and supporters to know about being a referee?
It’s not easy being a ref, and it makes our lives better if you don’t give us a hard time. We are also out the doing the best we can!

Megan is wonderful with the young kids!! 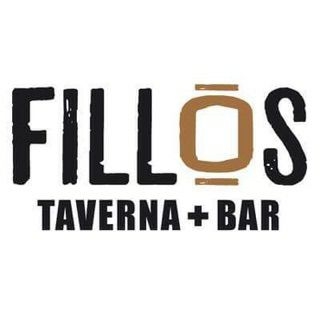